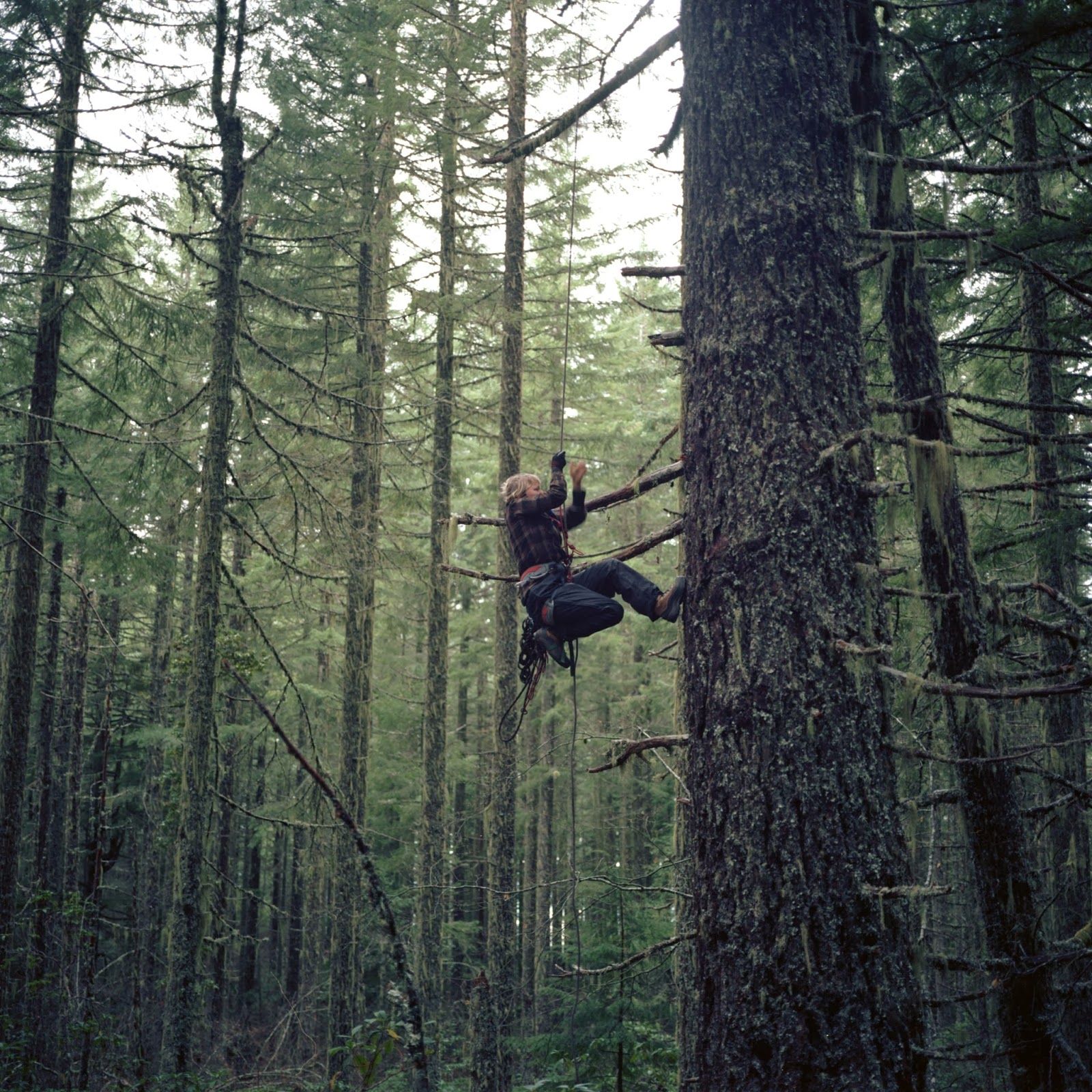 Early Thursday morning, November 21st the Bureau of Land Management notified the public that the proposed 2 year closure of 15 miles of public roads in the Roseburg BLM district had found no significant impact (FONSI) in closing the area to public access. If no official appeals are filed the closure will begin Dec. 24th, meaning that the 6 month old White Castle Tree Sit will be closed to public access to ensure that the forest is cut without hindrance to loggers. Cascadia Forest Defenders will remain in White Castle despite the closure and will continue to protect this ecosystem being destroyed by controversial science and Roseburg Forest Products.

Since June, Cascadia Forest Defenders (CFD) have been occupying stands of old growth Douglas fir in the variable retention harvest (VRH) sale designed and advocated by Norm Johnson and Jerry Franklin and known as White Castle. Unit 8, where the sitters are located, is native forest that has never been logged. It is within the home range of 5 pairs of spotted owls, with verification of their continual presence. White Castle is at the top of the Myrtle Creek watershed, which timber harvest would endanger.
Variable retention harvests (VRH) are an attempt to remove the maximum volume of timber while maintaining as much biodiversity as possible. VRH leaves less than 15% of trees in small scattered clumps. Cascadia Forest Defenders does not find this type of harvest to have the interest of biodiversity in mind. VRHs are a scientific model – despite that there is no plan for post-timber sale monitoring to follow up on a VRH to see if it has successfully maintained any level of biodiversity.
Norm and Jerry intended their VRH cuts to be used on stands that are less than 80 years old.  However when politicians got involved, Wyden and Defazio encouraged Norm and Jerry to apply their science to stands 80-150 years old.  White Castle is the product of this union, and the kind of old growth clearcut that we will continually face if Wyden and Defazio can pass their O&C bills.  Ron Wyden’s O&C Framework is based on Norm and Jerry’s VRH Pilot Projects, which he supports. Wyden’s bill is being promoted to the public as a softer, greener alternative to Defazio’s O&C Bill, which would privatize 2.6 million acres of public land. “The primary difference between the Wyden and Defazio bills is which type of large scale clearcuts we are going to see.  Both plans for the O&C lands serve the interests of the timber industry by increasing the cut ” says Mary Grace of Cascadia Forest Defenders.
Cascadia Forest Defenders have been protecting the natural ecosystems at White Castle for 6 months. When asked what he thought about the closure, Joshua Eng, a forest defender who has been on site for almost 2 months replied, “It’s simple for me. The place has never been logged. Humans have never ruined it. They can go log somewhere else.” The simplicity of his statement goes to the core of CFD’s mission to protect natural forests in Cascadia. When activist Erin Grady was asked if there was a plan to leave before the closure goes into effect she stated, “We don’t intend to let White Castle fall without resistance. We don’t intend to let White Castle fall at all.”
White Castle has been bought for timber harvest by Roseburg Forest Products (RFP), one of the largest privately owned timber companies in the world which is located within Douglas County. RFP has long hurt Douglas County, either by laying off mill workers to ship their jobs overseas, or now by logging within the watershed of their own people. The watersheds of the O&C lands provide the drinking water to 1.8 million Oregonians.  Cascadia Forest Defenders do not intend to see the last of Oregon’s native forests clearcut.
No cuts in White Castle!